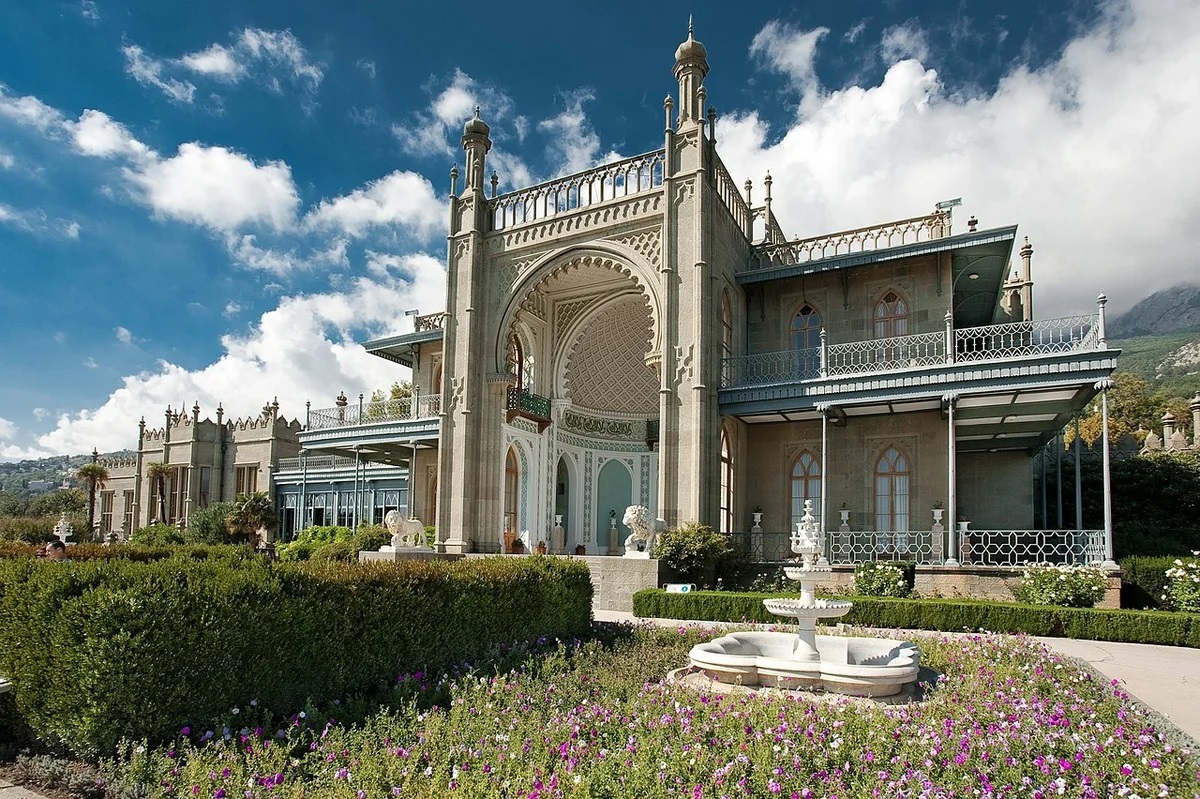 On the southern coast of Crimea, the brightest sun and warmest sea on the entire peninsula. But this place was nicknamed the Russian Riviera not only for its wonderful climate and nature. Every year, hundreds of thousands of tourists come here for unique palaces and castles.

From the end of the 18th century, Russian aristocrats began to buy land on the south coast, erect palaces and set up parks. The first famous Crimean building was a wooden cottage on the cliff of Aurora. The name of its owner is unknown. But there is evidence that he was a general, a participant in the Russian-Turkish war. The history of the Aurora Rock continued in 1911. By order of the oil baron Steingel, a small castle with decorative towers and battlements was erected at its very top. The owner called his residence "castle of love". However, local residents began to call the castle "Swallow's Nest.".

In 1914, Steingel sold his castle and left Russia. The new owner opened a restaurant in the Swallow’s Nest, which worked successfully. But an earthquake occurred. The building, fortunately, was preserved, but the tower was partially destroyed, and the observation deck was damaged. Reconstruction was organized only in 1968. A monolithic reinforced concrete pipe was brought under the base of the castle, and the architectural elements of the outdoor decor were restored.

Today, "Swallow's Nest" is the most recognizable landmark of Crimea. And the tower has repeatedly become the filming location of the movies. In 1960, directors Vladimir Chebotarev and Gennady Kazansky made the film Amphibian in The Swallow’s Nest. Directly under the rock of Aurora was the "lair" of the ichthyander. In 1987, the thriller by Stanislav Govorukhin was released, episodes of which were also shot in "Swallow's Nest". In 2009, director Yuri Kara shot the tape "Hamlet. XXI Century ".